This version of Elastic Path Commerce is no longer supported or maintained. To upgrade to the latest version, contact your Elastic Path representative.

The Pusher is used to deploy Elastic Path applications to the Dev Team server. The Pusher contains a set of Bash scripts that can be configured to handle single server deployments as well as more complex deployment topologies. A copy of the Pusher source is included in the devops/pusher-package module.

The basic deployment components are:

An overview of the deployment process is shown in the diagram below. Typically there are two CI jobs - one to build a deployment package, and the second to push to the target environment. 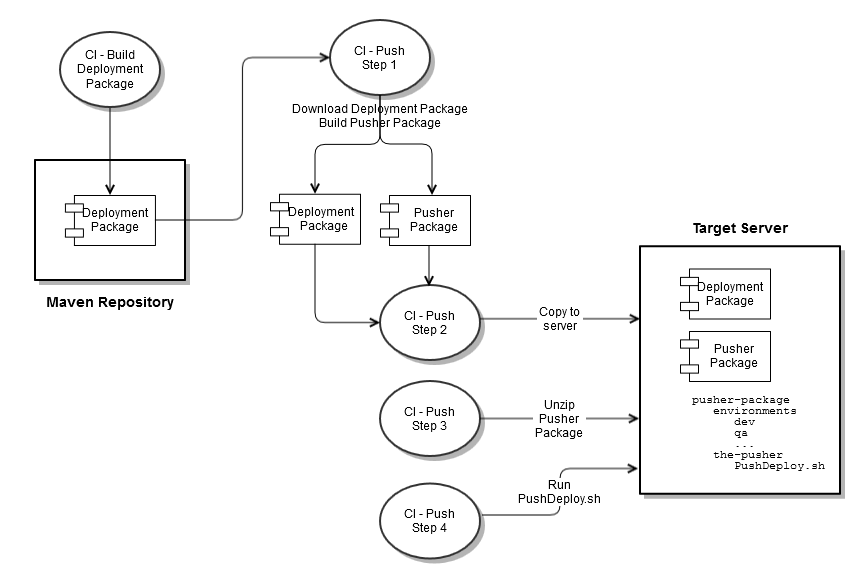 Refer to The Pusher - Quick Start page for configuration tips.

You can deploy to the Dev Team server using the following CI jobs that were created in Setup CI Server.