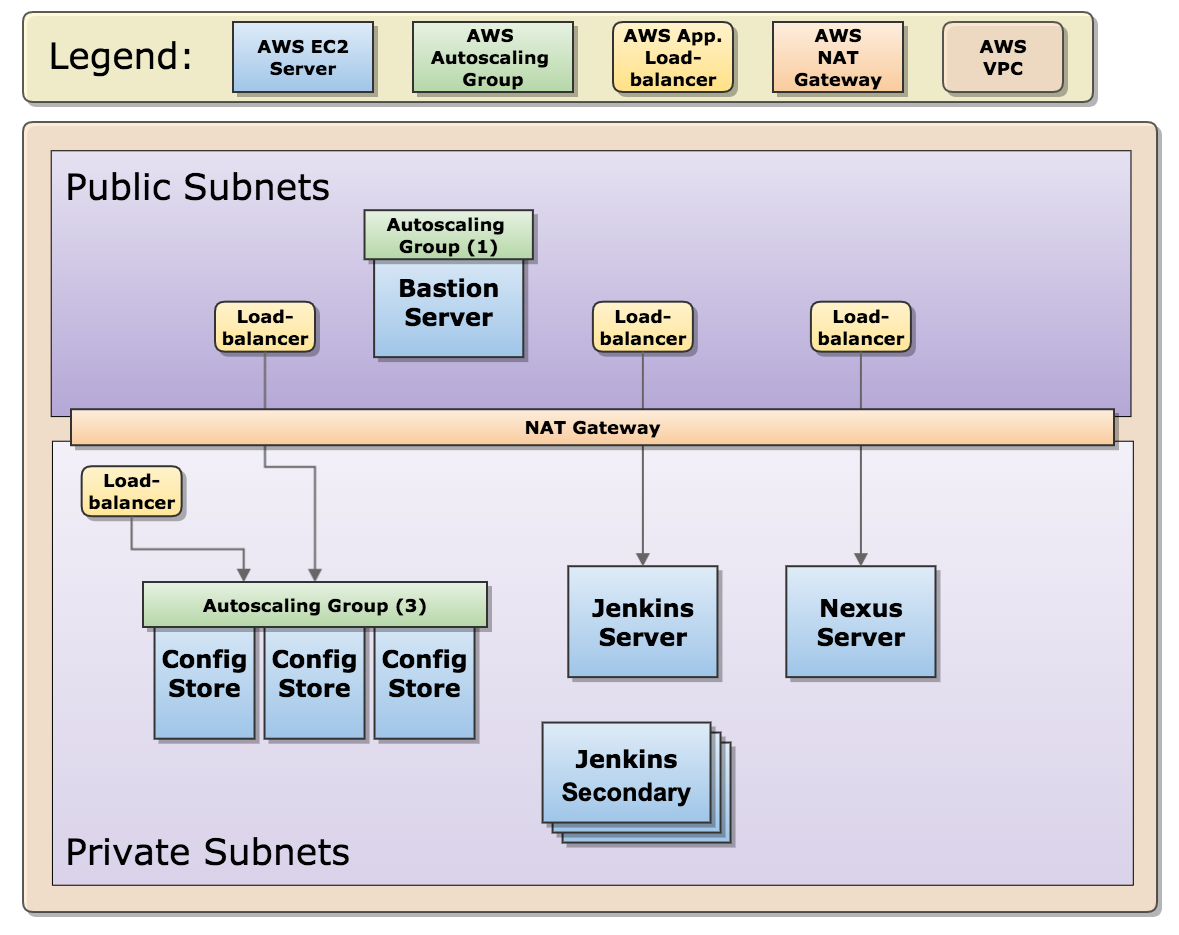 Triggers build and operational tasks, such as:

The Jenkins server uses third-party plugins. These plugins are installed with fixed versions and are upgraded to the latest version without known issues with every CloudOps release.

For a complete list of the plugins installed in the Jenkins server, see Create-Jenkins.yaml.

For example, the following image displays the default version of ActiveMQ that the CloudDeploy Jenkins jobs uses to build Docker images and deploy Elastic Path Commerce: 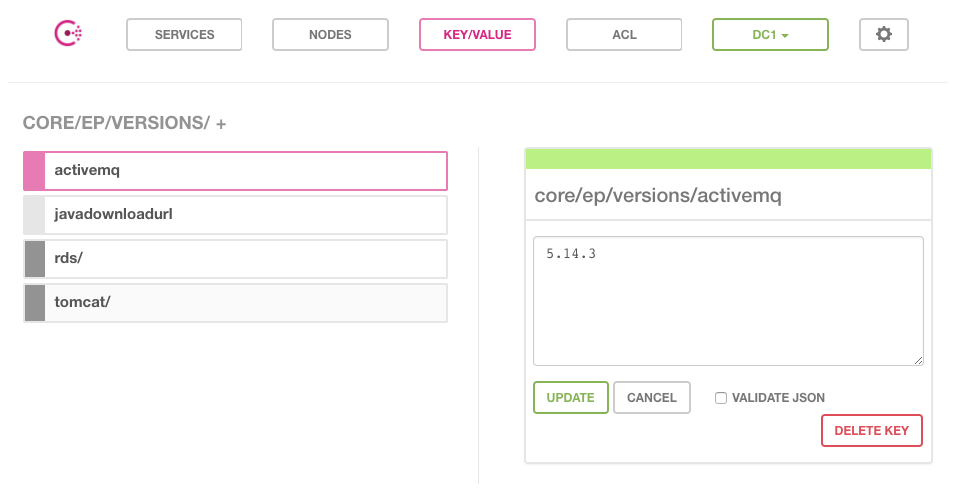 Consul access is restricted to connections made from within the VPC (Virtual Private Cloud) network, or allow listed IPs in the public security group. Access is further restricted through the use of ACL (Access Control Lists) keys that are provided by a Vault cluster.

The Consul and Vault cluster is created during CloudCore initialization. CloudCore creates a cluster with three nodes by default, each running their own copy of consul and vault.

The CloudFormation template creates an auto scaling group that maintains a group size of one Bastion instance. The default value for the instance is t2.micro and is created with a security group that allows access from one IP address and two security groups. The Bastion instance has its own key-pair that is separate from the key-pair assigned to the other instances created in CloudCore. It also has an Elastic IP assigned. CloudWatch has the logs of the terminal commands that run on the instance.

You can run the template as a part of CloudCore, or on its own. If the template is run as a standalone template, it requires VPC, security group, and subnet values to be filled either as separate fields or as the network stack name field. This is needed if a template is used to create them. You must add the Bastion security group into the security groups that Bastion needs access to.

If you run the template as a part of CloudCore, the prerequisites are implemented by default.

If run on its own, the Bastion template requires a VPC, security groups, and subnets to be set up. You must also upload a key-pair.

If run as a part of CloudCore, you need not deploy it separately. It is deployed by default with CloudCore.

To resolve any issues during deployment of the Bastion instance, see the logs in /var/logs if the EC2 instance is up. For additional information, see the cfn-init.log file. If the instance is not active and up, check the Events tab of the CloudFormation stack.